About our Central Virginia Bed and Breakfast

Built in 1902, this Central Virginia Bed and Breakfast originally belonged to a tobacco merchant, Douglas Longstreet Tuggle, who raised his family in the small town of Blackstone, Virginia. While traveling to other parts of the state, New York, Boston, Atlanta and Europe, Tuggle often invited folks he met in his travels back to Blackstone. Then, the Tuggle home became a gathering place for many a far-flung visitor. After remaining in the Tuggle family for more than half a century, the home was then sold in the ‘80s to new owners who transformed the house into a bed and breakfast.

With its five bedrooms, 12-foot ceilings, original Southern yellow pine and maple hardwood floors, French doors, English wainscoting, and wrap-around porch, the old Tuggle home became an inn, once again giving shelter to guests from near and far. The Hasbroucks then found the Grey Swan Inn Bed and Breakfast in 2007 through exploring inns in Southern Virginia on the internet and continued the tradition of opening their home to guests from near and far.

While working with the USDA Forest Service for most of his career, Jim Hasbrouck had to travel frequently. He began staying in B&Bs because of their home-like atmosphere rather than what he found with motels and hotels. After each trip, he would come home and describe his experience. Soon it became obvious that his interest in the bed and breakfast business was more than just idle conversation between husband and wife. A retirement job was therefore in the making.

“We had a lot of antiques that needed a huge house in which to display them and we wanted to have an income that would support living in that large house,” says Christine.

To qualify them for this bed and breakfast venture, Christine had the organization and problem-solving skills from years of experience as a medical administrator and Jim, a human resources professional, had the people skills. With five children and 10 grandchildren between them, both husband and wife loved to cook and play host. Most importantly, the couple had the courage to go out on a limb.

During the process of exploring their options, the Hasbroucks found several good books on innkeeping.  Next, they took a several workshops, each one advancing their knowledge beginning with an online course, followed by a workshop in West Virginia and finally a more advanced course in New Jersey.  Subsequently, this helped in taking their search for a property to a higher level. In the meantime, Christine began preparing dishes to share with her co-workers in an effort to find ideal breakfast meals.

After a long search, an inn was found in Blackstone, VA, which was listed on a historic home site via the Internet. After traveling two successive weekends to look at the B&B, the fit with this Central Virginia Bed and Breakfast seemed perfect. At last, Blackstone and the Grey Swan Inn had everything they needed to operate a top-notch establishment. This was just the beginning of a new and exciting journey together. The rest, as they say, is history.

In Their 13th Year as Central Virginia Bed and Breakfast Innkeepers

September 2019 marked the Hasbroucks twelve year anniversary as innkeepers.   Their hospitality spirit continues with greeting guests upon arrival, directing them to Blackstone and surrounding area restaurants, businesses, activities and attractions.

Jim’s coffee roasting hobby supplies the Inn with coffees from around the world.   A new offering of en suite breakfast service is gaining popularity with guests who want a special treat in the King Suite, complete with flowers, table linen service, mimosas, and 2 course breakfast.   Guests with dietary requirements can be assured that every reasonable effort will be made to accommodate their needs.

We are a member of these fine associations: 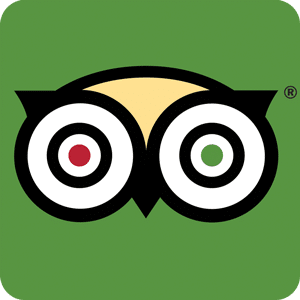 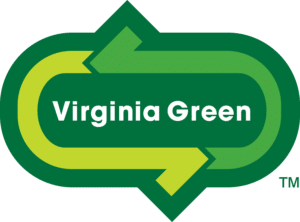 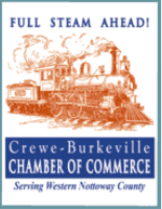 Once again we enjoyed our stay in your beautiful home. Everything was enjoyable. Breakfast was delicious. We will come again.   Mark & Vicki